Bryan Walpert is a poet, fiction writer, scholar, essayist and editor. His work, encompassing nine books, is characterized by an interest in marrying intellect to feeling, often employing as one reviewer observed, “the language and the prism of science and philosophy to try to rein in and explain the vicissitudes of life.” His work is notable for its interest in structure and for a compression that rewards multiple readings. Lynn Freeman in an interview with him on Radio New Zealand, called his poems “dense with meaning and layers.”

Bryan’s novel, Entanglement was shortlisted for the Ockham New Zealand Book Awards’ Jann Medlicott Acorn Prize for Fiction and named among the Best Books of 2021 by the New Zealand Listener. It has been called “erudite, romantic, deeply moving,” “dazzlingly intelligent,” and a “virtuoso performance” notable for the “skill of its storytelling and its profound humanity.” His short novel, Late Sonata, won the Seizure Viva La Novella Prize (Australia);  judges praised the book for its “seamless melding of the emotional and the intellectual, its brilliant evocations of music and literature and a structure that offers both suspense and humour,” characterizing it as “remarkable for its polish and sophistication.” 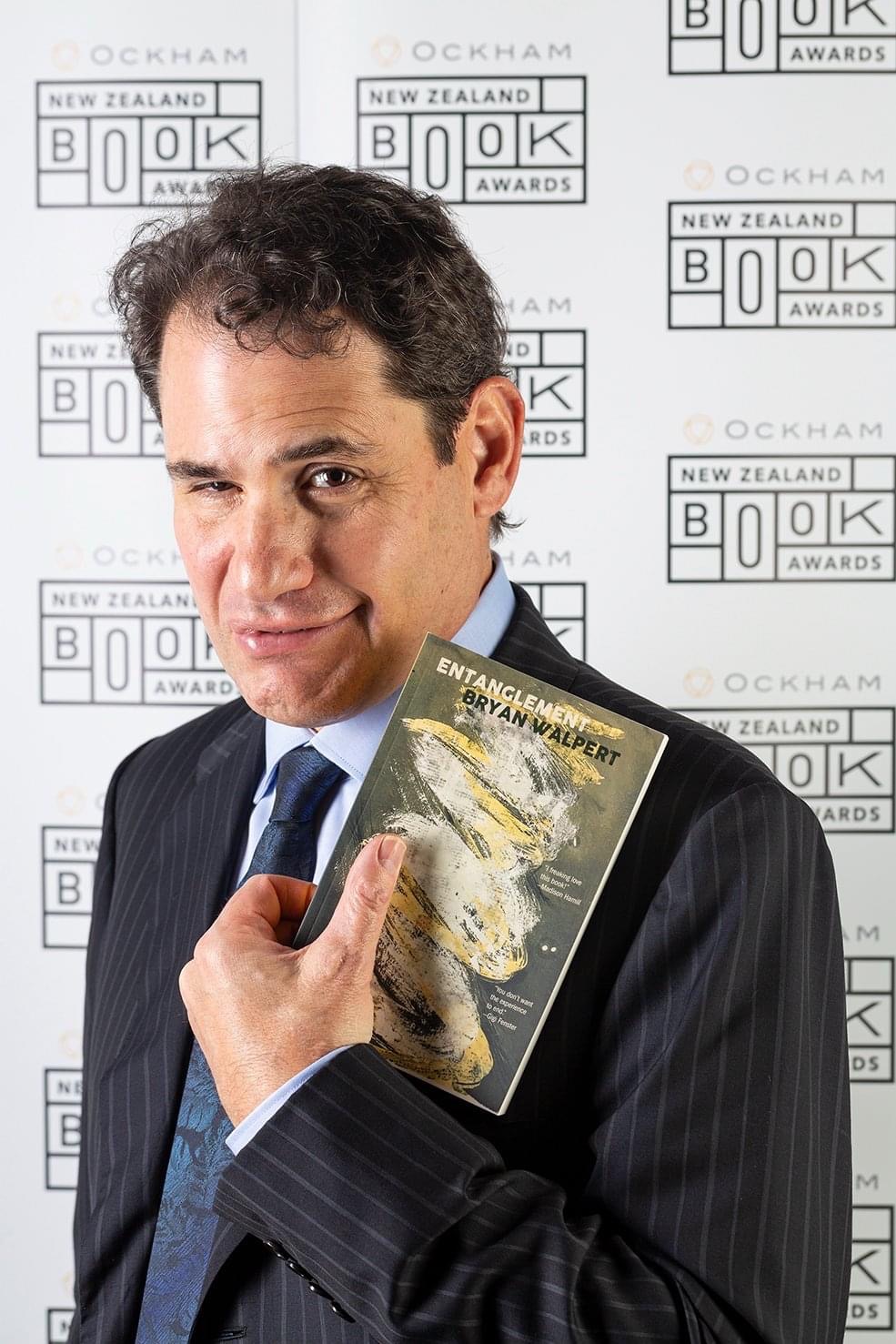 His short story collection, Ephraim’s Eyes (Pewter Rose Press) was named a “Best Book of 2010” on Radio New Zealand and was noted by reviewers for its “mastery of the short story” (Takahe) and “stories that resonate with compassion and insight” (Left Lion, UK).

He is the author of four books of poems, most recently Brass Band to Follow (Otago UP), its language described as “poignant, strong, funny, delicate – a whole vocabulary of gesture – to impart big, deep ideas that are subtle although profound.” Others include Etymology (Cinnamon Press, UK), praised for its “conjuring tricks with language, performing a rhetorical sleight-of-hand masterful in technique” (Landfall); A History of Glass, which was selected for publication by Stephen F. Austin State University Press (U.S.) as part of its national manuscript contest, a collection described by a reviewer as “delicate and translucent…treasures to unpack” (Takahe); and Native Bird (Mākaro Press, NZ), which rose to number 6 on the NZ Fiction/Poetry Best-Seller List, was a four-time Poet’s Pick on NZ Poetry Shelf, and has been noted for its “sharp, self-deprecating awareness” (NZ Listener), for the way it “transforms the ordinary” (Booksellers NZ) and as “one of those books where the poems reach out and hold you in the grip of attention” (Paula Green, NZ Poetry Shelf). 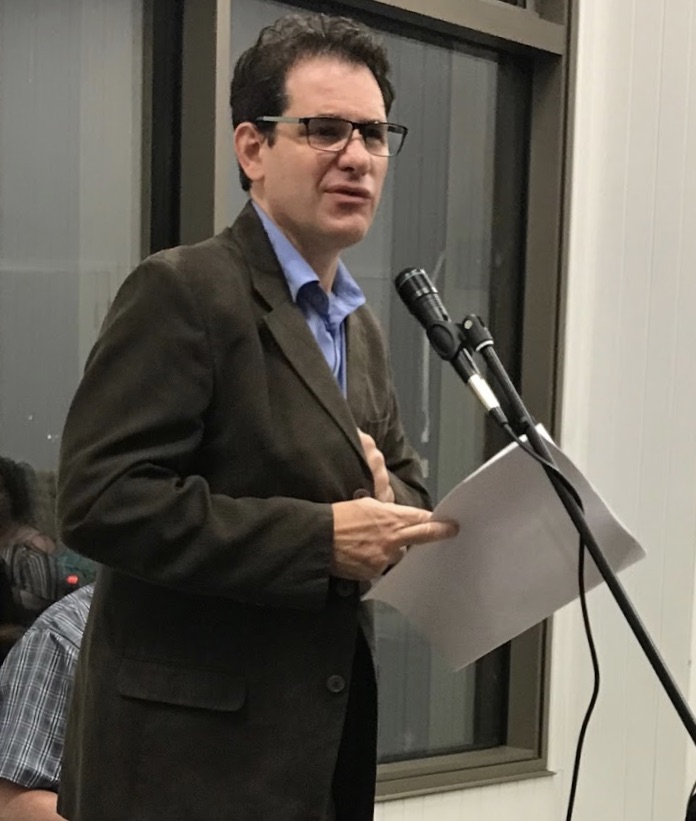 Bryan has an interest in science and its links to literature. He is the author of the scholarly monograph, Resistance to Science in Contemporary American Poetry (Routledge), which a reviewer for the British Society for Literature and Science said “makes an important contribution to the study of contemporary poetry and science.” He also has written about the links between poetry and mindfulness in his book Poetry and Mindfulness: Interruption to a Journey (Palgrave Macmillan), called “a ‘must read’ for anyone interested in art, literature, and the role of conscious attention in the discovery of new meaning and beauty in the world” and a finalist for the Ashton Wiley Charitable Trust Literary Award. An essayist, he received a Dialogica award (Australia) for writing about poetry for a general audience. An award-winning former journalist, he has written for more than a dozen publications, such as The Washington Post. He has been the poetry editor of the literary journal Segue, based at Miami University of Ohio and Bravado in NZ and was the managing editor for the journal divide at the University of Colorado. He is currently on the editorial board of the journal Headland and advisory board of the journal Poetry New Zealand.

Born and educated in the United States, he received his MFA from the University of Maryland-College Park and PhD in English from the University of Denver. He lives in Auckland, New Zealand, and teaches creative writing as a Professor in the School of Humanities, Media and Creative Communication at Massey University, for which he has received a national Tertiary Teaching Excellence Award and recognition as a Senior Fellow in the Higher Education Academy (UK) . He has judged a number of prizes, including the Bronwyn Tate Memorial Award in Poetry, the Royal Society of NZ Science Book Prize, the Kathleen Grattan Prize for a Sequence of Poems, and the Ockham New Zealand Book Award in Poetry. He is a member of the Academy of New Zealand Literature.

All opinions on this site are the author’s alone and do not represent his employer. Author photo (top): Michael Krzanich.

“Infinities” from my 2021 poetry collection, Brass Band to Follow (Otago UP), was selected by Kate Camp for Ōrongohau |Best New Zealand Poems 2021.

Interviewed about my novel Entanglement by Neil Johnstone from the Wellington City Libraries.

Interviewed by Lynn Freeman about my poetry collection Brass Band to Follow on RNZ’s Standing Room Only.

Brass Band to Follow, my fourth collection of poetry, has been published by Otago Univerity Press.

My short novel Late Sonata has won the Seizure Viva La Novella Prize and has been published by Brio Books.

A few recent poems in Takahe.

Review of Poetry and Mindfulness on Corpus.

Interviewed by Jesse Mulligan on Radio NZ about Poetry and Mindfulness.

My essay on immigration, cryonics and the novel The New World in Terrain.

My essay about Bell’s Palsy, “On Harvey Dent,” in Medical Literary Messenger.